GIVE TODAY
Wolves can hear other wolves howling from up to six miles away. 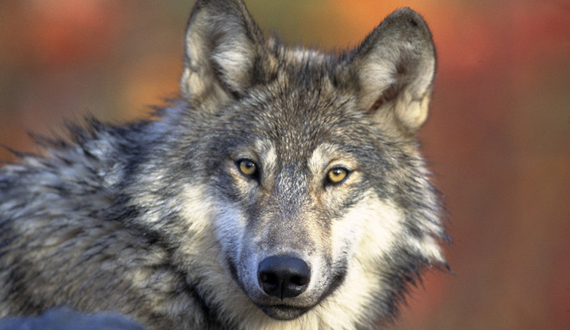 Trapped, poisoned and shot for “predator control,”, the gray wolf was nearly eliminated from the West by 1945. Today, after centuries of unfounded fear and animosity, research has given wolves a new image as social and smart creatures with an indispensable role in ecosystems — and Endangered Species Act protection gave them a new chance to thrive. But these beautiful carnivores are still persecuted by the livestock industry and trophy hunters, and now all wolves in the northern Rocky Mountains (and most of the rest of the lower 48) have been removed from the endangered species list — even though these amazing animals have a long way to go before full recovery.

Wolves are being persecuted and neglected by the U.S. federal government.
Please act now in telling the U.S. Fish and Wildlife Service to protect these noble, iconic animals.

Reintroduction of wolves to Yellowstone National Park and central Idaho helped make Northern Rockies wolves a conservation success story. With growth of that population, wolves dispersed to the Pacific Northwest and from there to California. Wolves from the Northern Rockies have also travelled to Colorado and Utah but have not established populations there yet.

But the fight wasn’t over. Despite that court’s order to reinstate the wolves’ prematurely removed protections, a 2011 congressional rider on a must-pass budget bill  again stripped their Endangered Species Act protections. That rider removed protections from wolves in all of Montana and Idaho, the eastern third of Washington and Oregon, and a small portion of northern Utah — an unprecedented action that, for the first time in the history of the Act, removed a species from the endangered list by political fiat instead of science.  And in 2012,the U.S. Fish and Wildlife Service removed federal ESA protections from wolves in Wyoming.

After unsuccessful legal battles by the Center and our partners, wolves in the Northern Rockies remain unprotected by the Endangered Species Act. We’ve turned our efforts to fighting for better management practices at the state level.

The biggest blow to wolves in Endangered Species Act history came in fall 2020, when the Trump administration finalized its decision to strip federal protection from the rest of gray wolves in the United States (except the small Southwest population of Mexican gray wolves listed separately under the Act). The Center and allies immediately launched their legal challenge. We remain hopeful that the court will restore the wolves’ protections.

These protections remain necessary, as the three main populations — in the northern Rockies, upper Midwest and Southwest — are disconnected and genetically isolation. To spur true, nationwide gray wolf recovery, in 2010 the Center petitioned the Obama administration for a national recovery plan to establish wolf populations in suitable habitat in the Pacific Northwest, California, Great Basin, southern Rocky Mountains, Great Plains and New England.

As we fight for their protections, the Center has meanwhile worked nonstop to confront the specific threats facing Northern Rockies gray wolves. For example, in Idaho we’ve filed litigation challenging the U.S. Department of Agriculture's Wildlife Services' killing of gray wolves in Idaho and have worked to fight back aggressive trapping proposals.  In Montana we’ve advocated for limiting trapping along the borders of Yellowstone National Park and supported legislative bills that would limit how wolves could be killed in Montana. And in eastern Washington we’ve filed litigation to try to prevent the state from killing wolves at the behest of the livestock industry. Although our litigation there was unsuccessful, the Center and allies recently filed a petition granted by the Governor which requires the Washington Department of Fish and Wildlife to consider the use of non-lethal methods to prevent wolf-livestock conflicts in a public rule-making process.

Despite these ongoing efforts at the state level, wolves continue to be persecuted at increasingly high levels across the Northern Rockies.  We will continue to fight for wolves and push for science, not politics, to be the basis of wolf conservation.