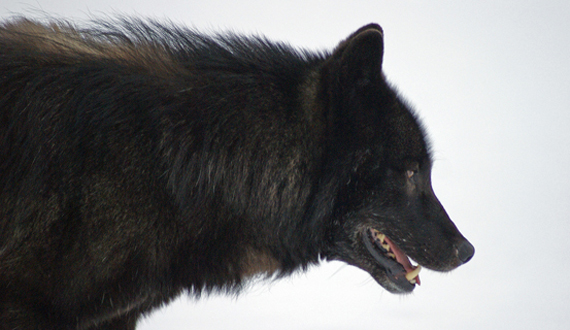 The distinct Alexander Archipelago wolves roam the islands and coastal mainland in the Alexander Archipelago, a network of more than 1,000 islands, glaciated peaks and deep river valleys in remote southeast Alaska. This region is also home to the Tongass National Forest, the largest national forest in North America, with some of the largest remaining stands of old-growth, temperate rainforest in the world. But the wolves and their rainforest home are under continued threats from industrial logging, road building, overharvest from hunting and large-scale habitat loss as the U.S. Forest Service continues to plan big timber sales in key wolf habitats.

The Center has been working to save the Alexander Archipelago wolf since 1996, when we and our allies filed suit against the U.S. Fish and Wildlife Service for denying a petition to list the Alexander Archipelago wolf as an endangered species. Since then, officials have continued to deny the wolf Endangered Species Act safeguards, relying instead on the inadequate general protections bestowed under broader national forest regulations — so in 2011, with allies, we petitioned to protect the wolf, the next year suing again after protections were delayed. In 2013 we notified the Service that it is two years overdue in deciding whether to initiate an Endangered Species Act status review for southeast Alaska's Alexander Archipelago wolves.

In 2020 we and allies again petitioned the Service to give Endangered Species Act protections to the Alexander Archipelago wolf in Southeast Alaska. The feds still hadn't protected the wolves despite their incredibly low numbers.

We also work to protect their habitat. In late 2009 we filed suit to save roadless areas on the Tongass National Forest, which make up 80 percent of the wolf's habitat. More than half of the old-growth forests that the wolves rely on for hunting, denning and raising pups are now gone. With the new Tongass forest plan, another 30 percent of the remaining old-growth forests in southeast Alaska could be gone within the next 20 years. More people live on islands with wolves, increasing legal hunting and trapping of wolves to unsustainable levels. Because of a number of severe winters, and a lack of old-growth forests for protection, the wolves' primary food source, the Sitka black-tailed deer, are also in decline.

We'll continue to push for protections for Archipelago Alexander wolves. The time to save them is now.