GIVE TODAY
Gray wolves are the largest canines. 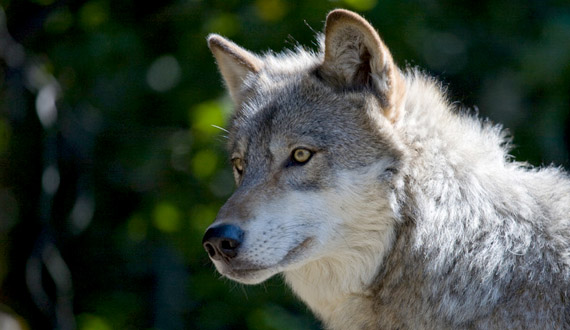 Once among North America’s most widely distributed land mammals, gray wolves have also been among the most persecuted. State, local and private bounties and a federal extermination program nearly erased thm from the lower 48. By the 1970s Great Lakes wolves survived only in northeastern Minnesota and Lake Superior's Isle Royale National Park. With Endangered Species Act protection, wolves have grown in number and dispersed from Minnesota into Wisconsin and Michigan. But these noble wild canines are not out of the woods.

Wolves are being persecuted and neglected by the U.S. federal government.
Please act now in telling the U.S. Fish and Wildlife Service to protect these noble, iconic animals.

Wolves' progress since gaining federal protection clearly demonstrates the Endangered Species Act’s effectiveness. But their recovery is far from complete. Science shows that wolves in the Great Lakes suffer from disease, illegal shootings and vehicle kills.

Despite their continuing endangerment in Great Lakes states, the U.S. Fish and Wildlife Service has repeatedly tried to prematurely remove wolves’ protections, leaving them vulnerable to state-sanctioned hunts. In 2012, for example, Minnesota’s wolf population plummeted by more than 25 percent from hunting and trapping allowed during a period they went unprotected.

Ultimately, successful legal efforts by the Center and allies have derailed all past efforts to reduce or remove gray wolves’ protections in the Great Lakes region. In 2014 a federal district court reinstated their federal safeguards, upheld by the D.C. Circuit in 2017. While wolves are federally protected, state managers can’t let them be hunted or trapped.

But these wolves are again vulnerable: As if the persistent threat of congressional attacks on the Act weren’t enough, in 2019 the Trump administration proposed to strip protections from nearly every gray wolf in the lower 48 states. Our “Call of the Wild” campaign has held rallies and community hearings nationwide and sent more than a million comments opposing the plan.

Besides defending wolves where they now live, the Center has an important campaign to spur true recovery for gray wolves across the country. Through scientific petitions and legal advocacy, we’re fighting for a national recovery plan that would establish wolf populations in suitable habitat in the Pacific Northwest, California, the southern Rockies, New England and the Colorado Plateau. Learn more about this campaign.