Join the Movement
(Or Start Your Own)

Maybe you're not a kid anymore, but you're not quite an adult yet either (at least not legally). That doesn't mean you don't have the power to change the world.

In fact, as a young adult, you may be at the best possible age to bring positive change: You're old enough and informed enough to take action that's meaningful in the adult world, and you're young enough to be a fresh, standout new voice in a longstanding movement — conservation.

Have you ever heard of John Muir, Rachel Carson, Aldo Leopold ... ? Just as those now-famous names were conservation activists in their times — leading in ways that shaped the future — you can be an activist in your time, part of a new generation of people who want to save the Earth not only for yourselves and your peers but for those who come after you. And since you're on the brink of adulthood, you're well positioned to help lead those younger than you in the newest wave of environmental activism. 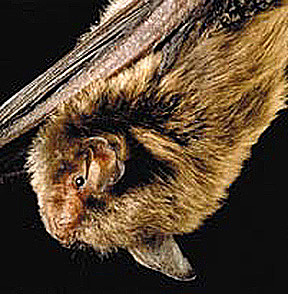 What makes activism today different from the conservation campaigns of yesteryear? For one thing, environmental degradation has advanced so far that stopping it is more urgent than ever in history. The Earth, its climate system and its diversity of species are in fact on the brink of collapse. We have to act fast.

For another thing, we have newly pressing threats to deal with, like catastrophic climate change and coastline-swallowing sea-level rise — both of which, frighteningly but truthfully, could become the norm in your lifetime. And there are completely new issues that previous conservationists never had to fight, like the bat-killing disease white-nose syndrome and the climate-dooming industry of fracking.

Luckily, nowadays, the ways in which we can act are different too — sometimes easier, thanks to technology, and sometimes more fun. Today you don't have to write a book to be a famous eco-activist (although you can); nor do you have to write letters to the editor (although we highly recommend it — get tips for writing a letter about climate change here). You can begin joining the conservation movement just by jumping on the Web and using Twitter, Facebook, Instagram, YouTube and other social media to spread the word about saving the world from your computer or phone.

Hey, you can even start your own website about conservation if you really want to — the tools and resources available these days are endless. 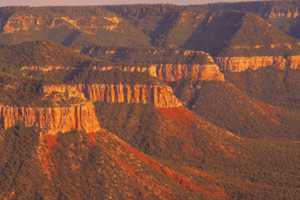 But of course, no way can you truly do conservation work all electronically: Besides the fact that you're going to want to go out and attend cool rallies and events with like-minded other young people, and you might want to organize your own event, or even your own organization — you also need to get outside often both for the sheer pleasure of it and to remember what it is we're fighting for.

And yes, getting outside and being an activist — well, it gives you power. There's not much power in sitting alone in your room cruising the Internet. But action — in all its many forms — that's where the power is. That's where you can change the future of the world. If your friends don't get that yet, show them. Join the global movement of teenagers, college students and other young adults who are taking conservation seriously and doing new and innovative things to draw attention to the urgency of the extinction and climate crisis.

Choose your own path to making sure that endangered species like polar bears, pikas, wolves and sage grouse are still around when you're not. Because they need you.