The tongue of a bowhead whale weighs about a ton. 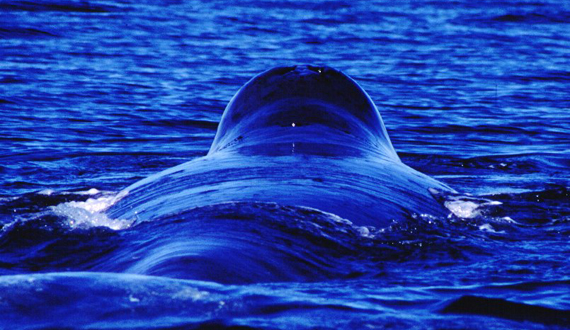 Gentle giants of the sea, bowhead whales live in the coldest, most remote reaches of the world's oceans. Amid the thick, omnipresent arctic pack ice, the only predator they encounter — aside from humans — is the killer whale. But humans pose the far greater threat to this species' survival. Like most whales, this once-numerous cetacean was hunted nearly to extinction. Now it faces the formidable threat of Arctic oil drilling.

Bowhead whales living off the coast of Alaska should be an Endangered Species Act success story. Following the prohibition of commercial whaling, this population rebounded and now likely numbers more than 10,000 whales. But seriously threatening that success is oil drilling by Shell in the Beaufort Sea, which the Obama administration approved to move forward in summer 2012 despite a lawsuit by the Center and allies.

Unfortunately the bowhead whale's continuing recovery is at risk from the intertwined consequences of our unquenchable thirst for oil, and as a result the Center has been fighting for protection of the whale's home since 2000, when we filed a petition to designate 26.5 million acres as critical habitat for the Bering-Chukchi-Beaufort stock of bowheads. Habitat is being disturbed and polluted by offshore oil development in the Chukchi and Beaufort seas, and as CO2 warms our planet, the arctic ice pack is rapidly melting; the whales are in danger from noise, oil spills and deadly collisions with ships, while global warming is steadily melting their icy abode and reducing available food.

The Center is challenging Arctic offshore oil development in court and fighting climate change in the courthouse, statehouse and everywhere in between. With allies, we filed a lawsuit challenging the approval of Hilcorp Alaska's Liberty offshore drilling island, for which in 2019 the federal government issued "take" permits that would let Hilcorp kill or seriously injure bowhead whales, several other imperiled whale species, and three species of imperiled ice seals.

MEDIA
Press releases
Search our newsroom for the bowhead whale