GIVE TODAY
Sierra Nevada red foxes are the only red foxes that occur naturally in the high mountain habitats of the Sierra Nevada and southern Cascade mountains of eastern California. 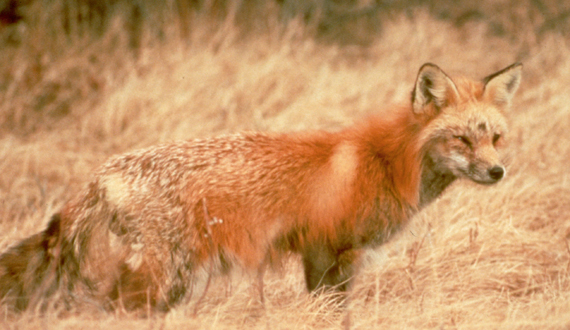 The largest of the true foxes, the red fox is also the most widespread, found across the entire northern hemisphere. But the secretive Sierra Nevada red fox — genetically and geographically distinct from all other red foxes — inhabits remote, high-elevation reaches of the Sierra Nevada and southern Cascade Mountains. Unfortunately, this unique animal is one of the rarest mammals in North America and is now limited to only two tiny California populations that likely consist of fewer than 50 — and possibly even fewer than 20 — individuals.

Already highly vulnerable to extinction due to its perilously small population size and reduced genetic diversity, this fox faces many dire threats to its habitat, including logging, off-road and over-snow vehicles, livestock grazing and fish stocking. The fox is also endangered by climate change, which has already caused hotter and drier conditions in the Sierra Nevada and is projected to shrink the fox's habitat as temperatures warm and push the animal farther up mountain slopes.

To save this imperiled fox before its few remaining individuals are lost, in April 2011 the Center petitioned for its protection under the Endangered Species Act. When the U.S. Fish and Wildlife Service failed to protect the fox, we filed a  notice of intent to sue in 2013 — and the same year, we reached a legal agreement requiring the Service to make a decision on protecting the fox by 2015. However, in 2015 the Service added the Sierra Nevada red fox to a candidate waiting list, where it will languish with no actual protections. We will continue to fight for protections for this rare fox.