These mice like to swim and can leap as far as 3 feet. 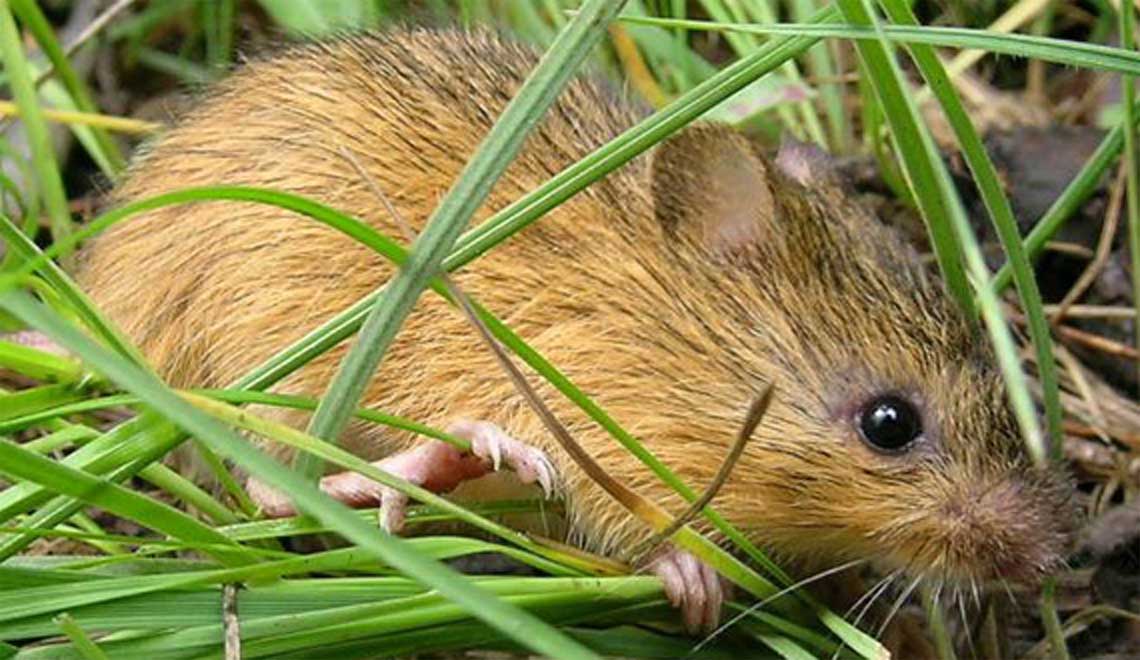 That common name isn’t for nothing: New Mexico meadow jumping mice are amazing jumpers. Pushing off their big hind feet while keeping balance with their long tails, they can leap as far as 3 feet. They’re active mainly during the summer, when they have to breed and eat enough seeds in a few months to accumulate fat reserves for their long winter hibernation.

These acrobatic rodents love to swim, too, rarely venturing more than a few feet from running water. Unlike other meadow jumping mouse subspecies, they’re “riparian obligates,” living only in a meadows or grasslands with sensitive riparian habitat that meets very specific requirements, including perennial water, perfectly moist soils, and vegetation at least 24 inches tall.

Unfortunately, there’s not much of that habitat left. Riparian areas make up only 1% of the Southwest, and those that haven’t already been ruined by water withdrawals, development and other threats are falling prey to climate change, drought and grazing.

Livestock grazing is the main threat to New Mexico meadow jumping mice. Even just a few grazing animals can obliterate sensitive streamside habitat through loss of vegetation, alteration of the vegetative community, soil compaction, pollution with feces, and general destruction from trampling. A jumping mouse in grazed habitat often can’t collect enough food during its short active period to make it through the winter.

Today these bouncy little mice live only in five isolated mountain ranges in Colorado, New Mexico and Arizona, as well as in the Rio Grande Valley in Texas. New Mexico meadow jumping mice populations have plunged or even disappeared in all the habitat researchers have surveyed since 2000. Scientific surveys in 2005 and 2006 showed that the only surviving populations were in areas inaccessible to livestock.

Even with federal protection, New Mexico meadow jumping mice are being driven extinct by grazing on public lands. They’ve almost disappeared from two of the last places they live: the Sacramento Mountains in New Mexico and the Black River watershed in eastern Arizona’s White Mountains.

In 2016 the Service designated 13,973 acres of critical habitat in Arizona,New Mexico and Colorado — areas determined to be essential for protected species’ survival and recovery — as required by the Act.

In the Sacramento Mountains, the main threat is authorized cows trespassing where they’re not allowed. In the White Mountains, the threat comes from unauthorized cows and feral horses that escaped from the nearby White Mountain Apache Reservation. These particular big, hooved animals weren’t a problem for the mice until the 2011 Wallow Fire destroyed a boundary fence, letting massive numbers of cows and feral horses move into the Black River watershed.

The U.S. Forest Service refused to address the destruction on federal lands in the White Mountains, violating the Endangered Species Act, which protects the mice and their habitat. After the Center and Maricopa Audubon successfully sued, the trespassing cows were returned to their White Mountain Apache owners in 2019. Unfortunately the tribe didn’t want the feral horses, who have continued to mow down the tall vegetation and trample the mice’s sensitive streamside habitat. Check out these photos of the habitat devastation caused by feral horses in the Black River watershed.

With nobody claiming them and nowhere to go, the feral horses sadly became “unauthorized livestock” that the Forest Service is required to remove — especially when the livestock are damaging critical habitat for endangered species. In addition to New Mexico meadow jumping mice, they’re are also endangering federally protected Apache trout.

Check out our press releases to learn more about the Center's actions for New Mexico meadow jumping mice.