Bumblebees have stinky feet — whenever their feet touch a surface, they leave traces of an invisible, oily substance that other bees can smell. 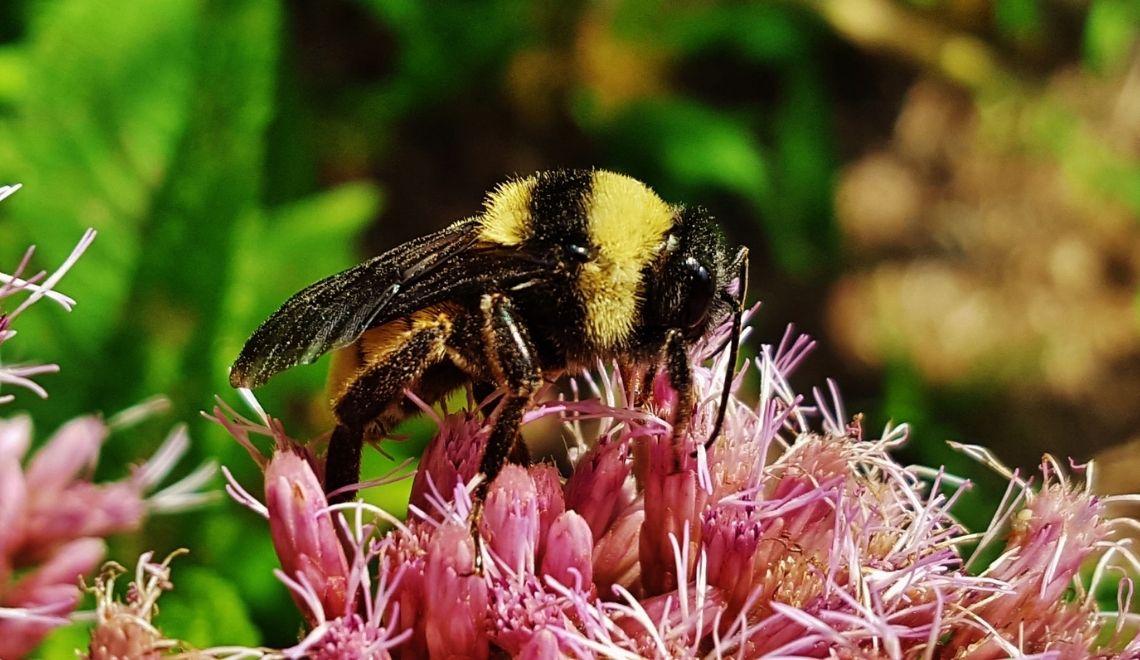 DESCRIPTION: The American bumblebee’s body is covered in dense yellow and black hairs and has brown, transparent wings. The black and yellow color pattern distinguishes it from other bumblebees.

HABITAT: Found in open farmland and fields of the eastern and central United States, the bee lives from Mexico to southern Canada as well as in much of the mountain West through California.

RANGE: Historic records from all lower 48 states except Washington; extends south into Mexico and north into Ontario, Canada, with the largest U.S. populations in Texas, the Great Plains and the Southeast

BREEDING: Reproductive females emerge from the colony in the late summer and fall to mate and find a suitable place to overwinter. The new queen establishes a new nest in the spring and produces worker bees. The queen has the ability to choose the sex of her offspring. Fertilized eggs become female workers, and unfertilized eggs become males.

LIFE CYCLE: In the springtime a new queen bee chooses a nesting site and forages for nectar and pollen for herself and to produce “bee bread” within the nest for her offspring. The queen lays eggs that develop into female worker bees throughout the spring and summer. Males and reproductive females are produced at the end of the summer; they leave the colony and mate, and the mated females find a place to overwinter.

FEEDING: Larvae feed on a pollen and nectar mixture called “bee bread.” Adults eat the nectar and pollen of a wide variety of flowering plants, including vetches, clovers, goldenrods and many crop species.

POPULATION TREND: This bee has disappeared from at least eight states in the northern part of its range in the past 20 years, declining 89% in relative abundance across its range.