GIVE TODAY
The grayling's riparian habitats dissipate floodwaters, filter out polutants, and shade and stabilize streambanks. 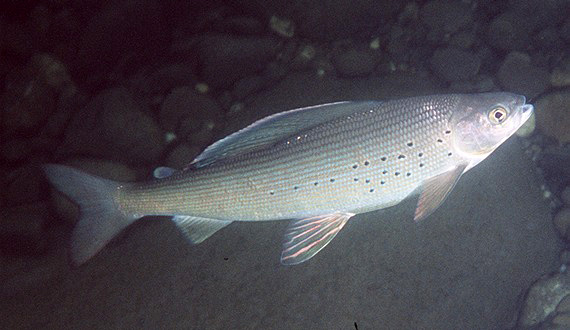 The Montana Arctic grayling, a glacial relict of a much larger Arctic population, has fallen victim to the war for water as river diversions and agricultural dewatering have drastically shrunk its Montana population. Withdrawn from even the list of candidates for Endangered Species Act protection, Montana's grayling is now teetering on the brink of extinction — and it's the last river-dwelling grayling species in the continental United States.

At one time, Montana Arctic grayling were found throughout Missouri headwaters above Montana's Great Falls, but river diversion and degradation have reduced the species to a single population on a 50-mile stretch of the Big Hole River. To make matters worse, seven consecutive years of drought and rampant water withdrawal have plagued the area. In recent years, so few grayling have been found that Montana Fish, Wildlife and Parks has not been able to estimate the population. The fish's struggle has become a tragedy of the commons — there are voluntary conservation efforts in place to conserve the river, but no way to ensure that substantial steps are taken to help the species.

The Arctic grayling has been through the bureaucratic ringer. Classified as a candidate species in 1991, it was kept in limbo until 2002, at which point the Center sued the U.S. Fish and Wildlife Service to force a listing decision. Even though the Service elevated the grayling's status to “high-priority candidate” in 2004, three years later it went against the advice of its own biologists and decided the grayling did not warrant federal protection, noting the presence of healthy populations in Canada and Alaska. With the stroke of a pen, the Service wrote off the only remaining population of the species in the lower 48 states. The Center filed another lawsuit, and in September 2009, the Service agreed to reconsider the fish for Endangered Species Act protection — only to put the species back on the “candidate list” to again await protections indefinitely.