In the 19th century, piping plovers were hunted for their feathers, which were used to make fashionable ladies' hats. 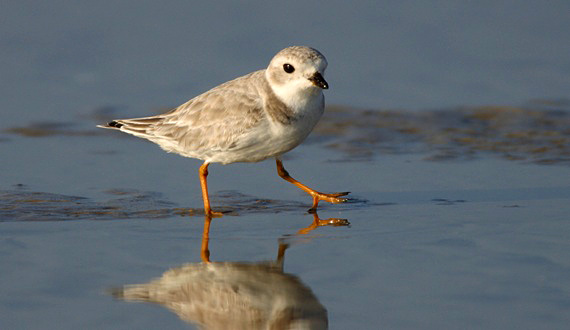 Thanks to their sand-colored plumage and stop-and-go dashes across dunes, piping plovers are usually identified by their bell-like whistles before they're seen. But these birds' camouflage techniques mean they're vulnerable to off-road vehicles tearing across their habitat and other threats, ranging from dogs to development, which have made them among the rarest shorebirds in North America.

Since its Endangered Species Act protection more than 20 years ago, piping plover numbers have increased — through intensive nest and predator-management programs, as well as the designation of critical habitat in the Great Lakes and northern Great Plains. But while the U.S. Fish and Wildlife Service also granted the bird critical habitat in its wintering grounds, this designation was drastically reduced from a proposed 2,104,879 acres to just 165,211, illegally excluding key habitat in Padre Island National Seashore for the benefit of oil and gas developers.

To remind the Service of the definition of “essential habitat,” in 2007 the Center filed a notice of intent to sue over the agency's inadequate critical habitat designation and 54 other decisions that have driven imperiled species across the country closer to extinction.

Off-road vehicles, which ruin habitat, crush nests and eggs, and directly kill birds by running over them are a key threat. Chicks that move across primary vehicle paths on their way to feed are in particular danger — especially when they get stalled alongside tall tire-track edges or stuck inside ruts. To save piping plovers from vehicle mortality, the Center has been working hard to keep off-road vehicles out of precious habitat and to establish rules that prohibit motorized vehicle use in all designated critical habitat and on all federal, state-owned, and state-managed public lands within piping plover habitat.

We're also fighting the propsed Keystone XL pipeline, which poses catastrophic threats to the piping plover and other imperiled species.

MEDIA
Press releases
Search our newsroom for the piping plover