GIVE TODAY
To defend itself, the Tucson shovel-nosed snake can roll itself into a tight ball and be picked up, rolled over, and knocked about without unwinding. 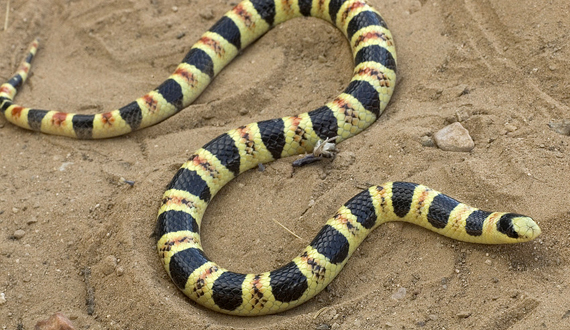 RANGE: Poorly known; believed to include only the tip of southern Pinal County

THREATS: Destruction of habitat from agriculture and urban sprawl

POPULATION TREND: Much of the range of the Tucson shovel-nosed snake has not been recently or systematically surveyed, but where surveys have occurred, they indicate a sharp decline.