GIVE TODAY
In 2006, only 4,200 Shivwitz milk vetch plants were estimated to exist in Washington County, Utah. 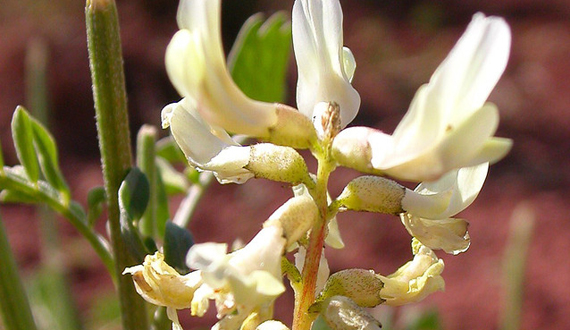 The Shivwitz milk vetch has adapted to grow only on soft, purple-hued clays. When wet, these plum-colored clays become like glue; when dry, they often shrink and crumble. Despite these dynamic soil conditions, the Shivwitz manages to thrive where other plants cannot. But with southern Utah's increased urban development, off-road vehicle use, and livestock grazing, more and more of the Shivwitz's purple clays are disturbed or paved over and lost.

In 1999, the Center and its allies petitioned the U.S. Fish and Wildlife Service to list both the Shivwitz milk vetch and the Holmgren's milk vetch as endangered species. As a result of Center involvement, both plants were listed in 2001 — but critical habitat designation was delayed indefinitely. The Center stayed with the case and in 2004 informed the Fish and Wildlife Service of its intent to sue the agency for its failure to designate critical habitat and develop a recovery plan for the milk vetches.

In 2006, after much involvement from the Center and its allies, the Fish and Wildlife Service finally designated critical habitat and created and recovery plan for the Shivwitz and Holmgren's milk vetches. And in 2007, the agency prepared a five-year report for the species that recognizes that both of them remain endangered.