GIVE TODAY
This perennial herb primarily inhabits grasslands and drainages in a small segment of San Diego County. 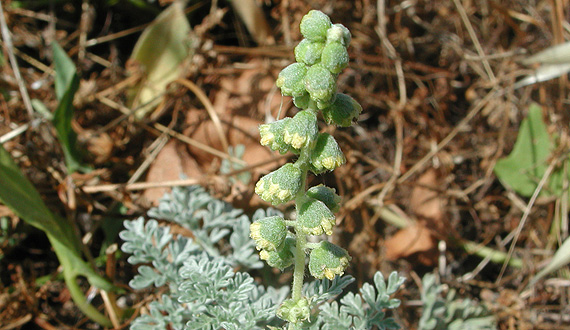 A daunting one-third of plant species in the United States are at risk of extinction. This staggering figure includes the San Diego ambrosia, a tenacious little perennial herb that clings by its rhizomes to only a handful of remaining sites in Southern California. The ambrosia primarily inhabits grasslands and drainages in a small segment of San Diego County — an area today shared with a sprawling metropolis 3 million humans strong.

Nearly two decades after the Smithsonian Institution first submitted a petition to list the ambrosia as threatened under the Endangered Species Act, in 1997 the Center and the California Native Plant Society jointly submitted a second petition — this time to list the ambrosia as endangered. It took the initiative of this new petition, plus two follow-up lawsuits, to compel the U.S. Fish and Wildlife Service to finally grant this imperiled plant federal protection. Still, the agency illegally refused to designate critical habitat for the plant.

In December 2007, the Center sued the Service to force critical habitat designation, simultaneously challenging negative critical habitat decisions made for 12 other species. In November 2010, the Service finally designated 783 acres of habitat for the downtrodden ambrosia — a step in the right direction, but still not nearly enough protected acreage for the plant to recover. In 2016, the Center and allies filed a lawsuit challenging Riverside County's approval of a plan to trade away more than 40 acres of important habitat for endangered plants, including San Diego ambrosia, to a private developer. We continue to fight to save this rare plant from extinction.