GIVE TODAY
These three coastal plants dwell in the southern tip of the Sunshine State. 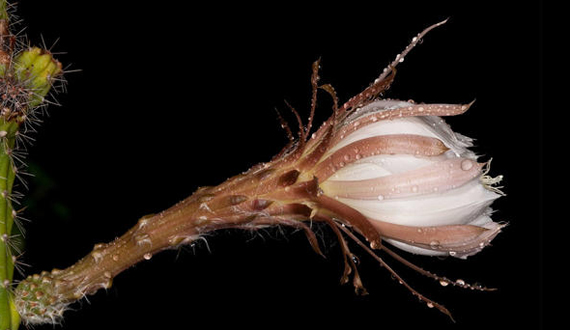 The Cape Sable thoroughwort, Florida semaphore cactus and aboriginal prickly apple cactus are three very different-looking Florida flora. The Cape Sable thoroughwort is a showy but dainty little herb with short, slender stems; lance-shaped, aromatic leaves; and beautiful little lavender-to-blue flowers that attract bees, butterflies and birds. The Florida semaphore cactus, on the other hand, has a dull gray, fleshy stem and can grow to reach a lofty 6 feet, bearing small, scale-like, reddish-orange flowers. Finally, the aboriginal prickly apple is the tallest of all three plants, its cylindrical stems with ridged, column-like branches growing up to 20 feet high and bearing round yellow fruits that explode into spiky-petaled white flowers come spring.

But these plants also have some key similarities: Besides dwelling in the southern tip of the Sunshine State, they're all greatly imperiled, with paradoxically gloomy forecasts for the future — forecasts the Center hopes to prove wrong.

The main threat all three plants face, living in Florida? Sea-level rise, which — due to climate change melting the planet's ice caps and warming oceanic waters — will soon flood the peninsula they call home.

The Florida semaphore cactus was first recognized as a candidate species (meaning that listing was warranted but was precluded due to other priorities) in 1985. Years later, in 1999, the Cape Sable thoroughwort was also classified as a candidate species. In 2006 the aboriginal prickly apple met a similar fate, when it too was identified as warranting protection but was not given any.

In 2011, finding that these “candidate species” could wait no longer, the Center reached a groundbreaking settlement with the U.S. Fish and Wildlife Service compelling the agency to move forward on protection decisions for an amazing 757 imperiled but federally neglected species, including these three South Florida plants. Following our agreement, in 2013 the Service announced all three plants endangered under the Act. In 2014 it finalized protections for more than 10,000 acres of habitat for the Cape Sable thoroughwort, and in 2016, the Service protected 4,411 acres for the Florida semaphore cactus and 3,444 acres for the aboriginal prickly apple.