GIVE TODAY
Mortality for the Carter's small-flowered flax is at its highest in the fall months, and the plant is most productive in the summer months. 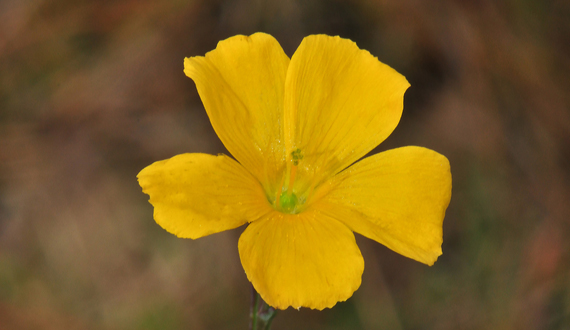 The Carter's small-flowered flax was discovered in the early 20th century in the Miami area, with a small range right at the very tip of Florida, where it grows in pine rockland habitat. This delicate-looking plant is an annual herb that produces distinctive, half-inch-wide flowers with five yellow-orange petals. When the flowers bloom, the petals shed by midday.

The primary threats to this species include improper fire management and nonnative species invasion --- though the biggest threat of all is development of its prime habitat, both urban and agricultural. The plant has declined to only nine known occurrences.

Luckily for the Carter's small-flowered flax, it's one of the numerous species that has benefitted from our 2011 agreement with the Fish and Wildlife Service pushing the agency forward on Endangered Species Act decisions for 757 plants and animals. Following that settlement, this plant was federally protected in 2014.