GIVE TODAY
The ribbon seal presumably evolved its charismatic stripes as underwater camouflage. 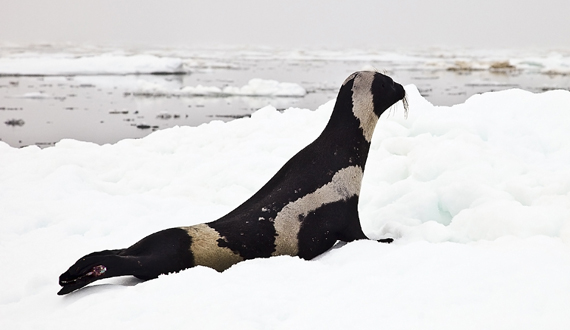 POPULATION TREND: The current population status of ribbon seal populations is unknown because recent censuses have not been conduced. In its most recent 2007 draft stock assessment, the National Marine Fisheries Service reported a global population size of 240,000 individuals, with an estimate of 90,000 to 100,000 ribbon seals in the Bering Sea.