GIVE TODAY
The species is so imperiled that it has only one population with a known range of just 10 square yards. 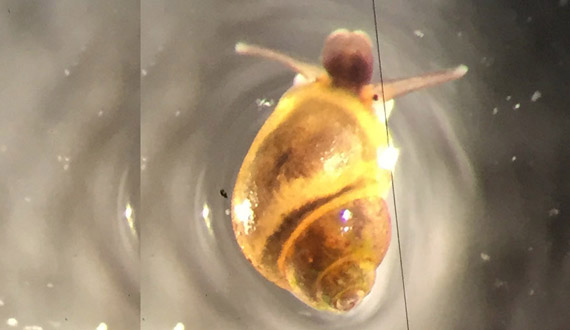 Also known as the sand-grain snail for its resemblance to a grain of sand, the Ichetucknee siltsnail is a tiny freshwater snail native to Florida — just 2 or 3 millimeters wide with a translucent, iridescent brownish shell. But not only is this snail tiny — so is its chance of recovery if it doesn't get help right away. The species is so imperiled that it has only one population with a known range of just 10 square yards of Coffee Spring in its namesake Ichetucknee Springs, where it lives among submerged mosses and cypress roots.

Even though it lives entirely within public lands, in Florida's Ichetucknee Springs State Park, this near-extinction snail is under severe threat. Ongoing water quality and quantity issues are hurting the very few snails that remain, and the extremely limited, 10-square-yard habitat narrows its chance of survival all the more.

To help save this snail, in 2010 the Center petitioned to protect this and nine other imperiled Southeast aquatic species under the Endangered Species Act. In 2011, the Ichetucknee siltsnail was included in the Center's historic 757 species settlement, in which the agency agreed to move forward on listing the snail. In 2012, we filed a notice of intent to sue the Service for making no move to protect the snail.

MEDIA
Press releases
Search our newsroom for the Ichetucknee siltsnail