GIVE TODAY
Loach minnows are restricted to bottom-dwelling habitat because of their small gas bladders. 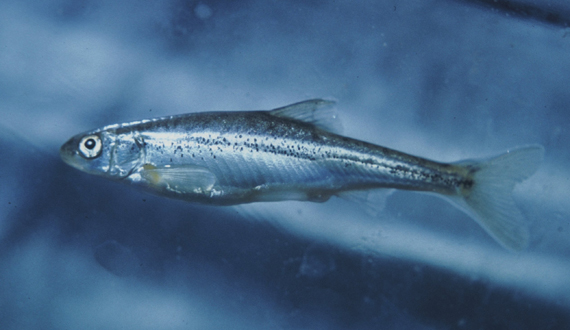 Native to the Gila River basin, the loach minnow and spikedace are adapted to the beautiful yet vulnerable ecology of southwestern desert rivers. These rare, pint-sized fish are just two of many river-dependent species disappearing where they once flourished, left behind to wade and wander through only occasional pockets of undisturbed habitat. For loach minnows and spikedace to prosper once again, the delicate fabric of the entire Gila watershed urgently needs protection.

Eliminated throughout most of their range due to habitat destruction and the introduction of nonnative species, loach minnows and spikedace are federally listed as threatened, though endangered listings are warranted. The Center brought about critical habitat designation for these river-dwelling fishes in 1994, but it was overturned on a technicality. Five years later, in response to another Center lawsuit, habitat was redesignated to the tune of 900 river miles. The livestock industry later intervened, the designation was again overturned and revisited, and little more than 500 river miles were granted protection in 2007. This designation, made when former Interior Department official Julie MacDonald overruled scientists' recommendations, disregarded the recovery plan's definition of habitat “essential to the conservation” of the species, so in November 2007 the Center filed suit to reverse this and five other illegal Endangered Species Act decisions. While the U.S. Fish and Wildlife Service vacillated on securing protections for loach minnow and spikedace habitat, we successfully challenged livestock grazing in Arizona and New Mexico, helping ban cattle from streamside habitats on dozens of Southwest grazing allotments.

Even though the 2007 critical habitat designation was woefully inadequate, a coalition of New Mexico and Arizona counties and the cantankerous New Mexico Cattle Growers' Association challenged it in court — and the Center countered them. In 2009, a judge ruled that far from enjoying too much protected habitat, as the counties and livestock owners claimed, the fishes more likely indeed needed greater protections. So in 2010, the Fish and Wildlife Service proposed to protect nearly 900 river miles, as well as to upgrade both fishes' status from threatened to endangered.

In spring 2008, six months after the loach minnow and spikedace were reintroduced into Fossil Creek, the U.S. Forest Service had taken no steps to protect these and other native fish from increasing threats in the area, so the Center filed a notice of intent to sue the Forest Service if it didn't consult with the Fish and Wildlife Service, complete management plans to address recreation and protect listed species, and impose and enforce camping restrictions as necessary to protect Fossil Creek until a management plan is implemented.

MEDIA
Press releases
Search our newsroom for the spikedace