GIVE TODAY
Adults use distraction displays to lure predators away from their chicks. 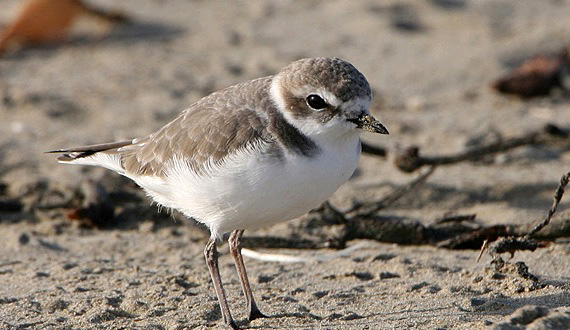 CRITICAL HABITAT: 12,145 acres within 20 counties in Washington, Oregon, and California designated in 2005

RANGE: Along the coasts of Washington, Oregon, California, and Mexico, with the largest number of breeding birds occurring south of San Francisco Bay to southern Baja California

POPULATION TREND: In California, numbers increased from 976 breeding plovers in 2000 to 1,680 adult plovers in 2005. In Oregon, 23 of the bird's historic breeding sites had been lost by 1993, but four are now reoccupied and numbers are growing. In Washington, only three out of five coastal nesting sites remain, but habitat conditions have improved and the number of breeding birds has at least remained steady and may have increased since listing. Overall, the U.S. portion of the Pacific Coast population is estimated to have increased from 1,500 birds in 1993 to approximately 2,300 birds in 2005.