GIVE TODAY
By controlling insect populations, flycatchers contribute to the health of trees and forests. 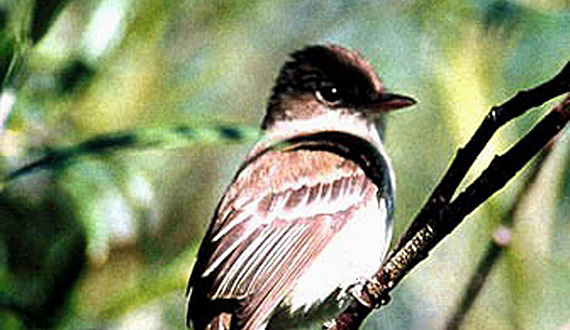 POPULATION TREND: Prior to its listing as an endangered species in 1995, the southwestern willow flycatcher was declining dramatically throughout its range. Between 1993 and 2005, the number of known territories increased from 140 to 1,214, but much of the increase was due to expanded survey effort. The actual recent population trend is not known.