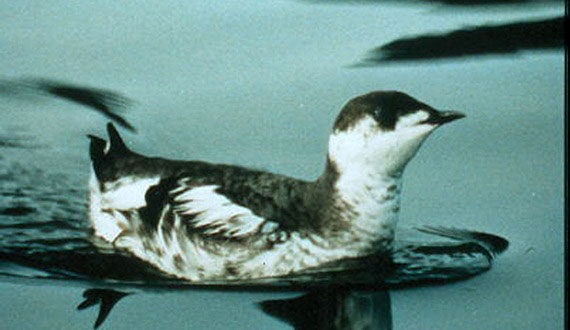 RANGE: Pacific Coast of North America from the Aleutian Archipelago and southern Alaska to central California just south of the San Francisco Bay

POPULATION TREND: In 1997, the U.S. Fish and Wildlife Service estimated that the marbled murrelet population in the Pacific Northwest was declining by 4 to 7 percent each year. More recent demographic models indicate that populations in Washington, Oregon, and California could be extinct within the next 50 years.