GIVE TODAY
The Queen Charlotte subspecies of the northern goshawk, with its legendary beauty and flying skill, evolved to live in the lush coastal rainforests of Alaska and the Queen Charlotte and Vancouver islands. 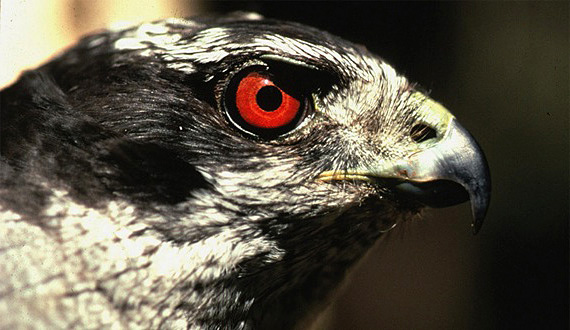 The Queen Charlotte subspecies of the northern goshawk, with its legendary beauty and flying skill, evolved to live in the lush coastal rainforests of Alaska and the Queen Charlotte and Vancouver islands. The Center first petitioned for its Endangered Species Act protection in 1994; by 1995, the bird was showing classic extinction dynamics. Its very high mortality rates correlated with heavily logged forests. Yet the Service bowed to timber-industry pressure and refused protection, and we've been litigating to list the goshawk ever since.

The good news: That ongoing battle has dramatically increased protection for old-growth forests in Alaska and British Columbia. The goshawk became one of the centerpieces of the 1999 Tongass National Forest Land Management Plan revision. In her book, Tongass: Pulp Politics and the Fight for the Alaskan Rain Forest, Kathie Durbin writes, “Suddenly the Forest Service/timber industry dominated plan was being critically reviewed through the lens of the Endangered Species Act.” The goshawk was “in the driver's seat.”

In 2000, British Columbia classified the species as threatened under its Species at Risk Act, and in November 2009, the U.S. Fish and Wildlife Service proposed protection for Canadian Queen Charlotte goshawks. But, claiming the goshawk's populations in British Columbia and southeast Alaska constituted distinct population segments, the agency allowed for separate listing decisions on the species in the two areas. And while goshawks on Vancouver Island were protected, the Service decided that the Alaskan population was sufficiently protected by the Tongass plan and would not be listed.

This decision failed to address whether the Queen Charlotte goshawk should be protected as a species endangered in all or a significant part of its range — leaving Alaskan goshawks out in the cold and directly violating the Endangered Species Act.

The Center strongly objects to the 2009 proposal to deprive Alaskan goshawks of federal protection. We're working to ensure that the goshawk is fully protected throughout its range, and we're also promoting a cross-border recovery plan and the protection of goshawk critical habitat.