GIVE TODAY
The spotted owl has long served as a flagship species for environmentalists across the nation, and the Mexican spotted owl is the Southwest's most famous old-growth resident. 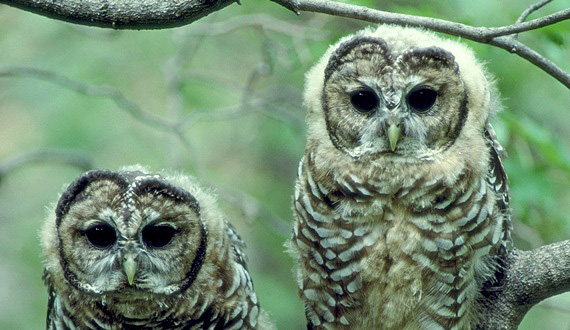 POPULATION TREND: Like the other two subspecies of spotted owl, California and Northern, Strix occidentalis lucida has suffered extensive population declines. Only about 2,100 owls are thought to still exist north of the border, far fewer in Mexico. The owl has been extirpated from low-elevation riparian forests in Arizona and New Mexico. Between the years 1991 and 1997, research documented spotted owl populations on the Gila and Coconino national forests declining by at least 10 percent per year. Scientists have continued to detect dwindling populations: no owls successfully reproduced in the Gila study area in 2002.