GIVE TODAY
The Magenta petrel is often referred to as the world's rarest seabird. 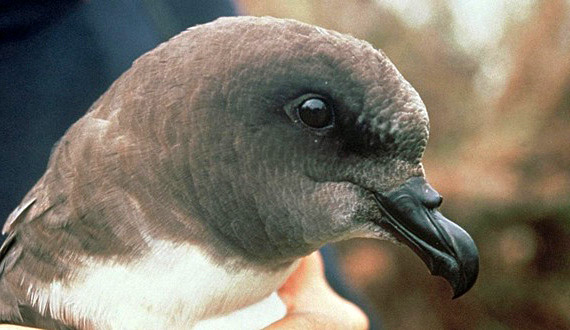 The Magenta petrel, also known as the Chatham Island tāiko, is a petrel endemic to New Zealand's Chatham Island, with a population estimated at fewer than 150 birds. One of the world's most endangered seabirds, this species was once declared extinct but was rediscovered in 1978 in the Chatham Islands, 111 years after it was first discovered at sea.

The Magenta petrel's population has undergone a massive historical decline over the past 60 years, plummeting by nearly 80 percent. Although the bird was historically distributed throughout Chathman Island, it's now confined to the island's southwest corner. Conservationists are making efforts to increase the petrel's density by translocating chicks to secure breeding sites — not many, since only an estimated eight to 15 breeding pairs are left in the world. In 1980, the International Council for Bird Preservation petitioned the U.S. Fish and Wildlife Service to list the Chatham petrel under the Endangered Species Act. And finally, after 29 years and extensive Center legal involvement, in late 2009 the Service listed the petrel as endangered throughout its range.

MEDIA
Press releases
Search our newsroom for the Magenta petrel