GIVE TODAY
After metamorphosis, toadlets appear as miniature adults with the exception of having yellow spots. 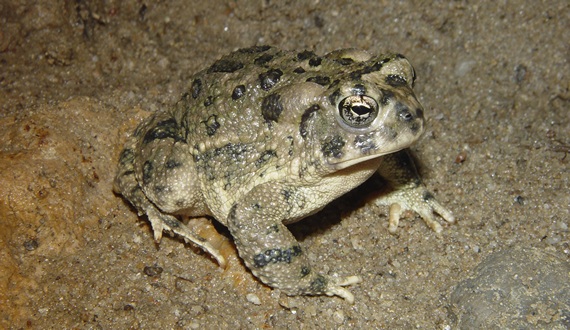 POPULATION TREND: The arroyo toad has been extirpated from an estimated 65 percent of its former range. Currently, only six of the 22 extant populations south of Ventura, California, are known to contain more than a dozen adults.