GIVE TODAY
This species was first described in 1932 by Chapman Grant, a U.S. Army major. 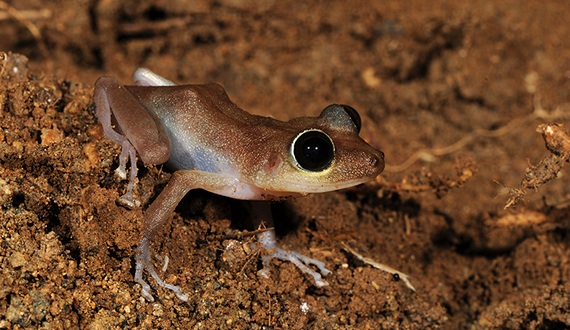 THREATS: Deforestation, construction and industrial development, runoff from the use of pesticides and fertilizers in agriculture, the use of caves as garbage dumps, and fire

POPULATION TREND: The population trend is unknown, but the species is extremely restricted in geographical distribution and occurs only on privately owned lands. All individual frogs are in fewer than five locations.