The Canada lynx can only run fast over short distances, so it stalks or ambushes its prey at close range. 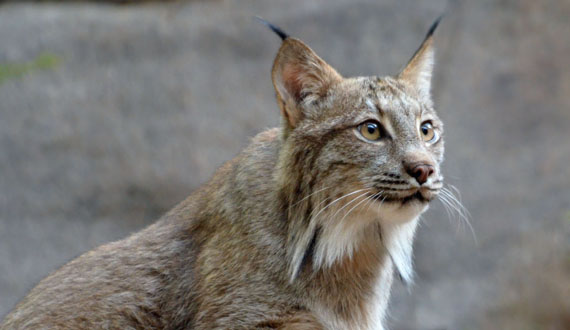 Canada lynx are made for hunting in deep snow, with thick cushions of hair on the soles of their feet that act like built-in snowshoes. Appropriately enough, this adaptation helps them stalk their favorite prey, the snowshoe hare — unlike any other cat, the Canada lynx relies almost exclusively on the snowshoe hare for food. But lynx aren't only predators; they've also fallen prey to trapping, especially when wearing spotted cat fur became all the rage in the '60s and '70s. Today Canada lynx are still caught in traps set for other species, and their habitat is fast disappearing.

The Center has worked for years a decade to help this valiant but vulnerable predator. Thanks to a Center lawsuit, in 2008 a judge ruled that Minnesota was in violation of the Endangered Species Act by allowing traps that harm and kill Canada lynx. The court ordered the state to take all action necessary to ensure that no more lynx are killed by traps within core lynx habitat. And when Canada lynx continued to get caught in traps, the Center sued the state again, in 2019.

It's also thanks to legal work by the Center and allies that, in 2013, the U.S. Fish and Wildlife Service proposed to designate 26 million acres of federally protected critical habitat for the species. That's much more than was originally proposed in the spring of 2000, when the lynx was finally granted Endangered Species Act protection after one petition and two lawsuits were filed on the mammal's behalf.

We're still fighting to save Canada lynx in the Minnesota wilderness, where they're threatened by mining. In 2020 we sued the federal government over its decision to renew 13 prospecting permits that could let Twin Metals significantly expand its proposed sulfide-ore copper mine at the edge of the Boundary Waters Canoe Area Wilderness in Minnesota. In 2021 we reached an agreement that requires the government to revisit its decision to renew 13 prospecting permits.

We continue our work to make sure this wild cat's hide and habitat are as protected as possible.

MEDIA
Press releases
Search our newsroom for the Canada lynx